Thai central bank has reasons but no room to ease policy 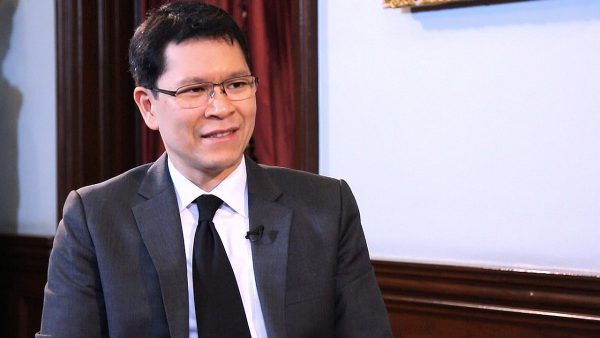 The BoT to stay on hold

The Bank of Thailand’s Monetary Policy Committee is meeting on Wednesday, 5 August, to review the current policy setting. Three policy rate cuts so far this year, adding up to 75 basis points, have pushed the repurchase rate, the policy rate, to an all-time low of 0.50%.

We believe the MPC will vote to leave the policy rate unchanged this week. We aren’t alone here and there’s solid consensus supporting it.

Why should the BoT ease?

Thailand may be a success story in containing the Covid-19 outbreak, but not so much in preventing the economic slump brought on by this pandemic which is one of the steepest in Asia. Even if economic activity bottomed in the last quarter, the recovery is not going to take hold as long as two key drivers of exports and tourism remain missing in action.

Just released today, the Markit manufacturing PMI for July improved to 45.9 from 43.5 in June, implying a slightly smaller contraction of activity in the sector. But it’s still a contraction that signals persistent negative GDP growth coming into the third quarter. Similarly, the central bank’s Business Sentiment Index (BSI) rose to 42.9 from 38.5 over the same months but is still well below the pre-Covid-19 level of 48.5 at the start of the year. The BSI closely tracks year-on-year real GDP growth and is consistent with negative GDP growth in 3Q.

This would be the steepest GDP fall on record

Meanwhile, large export and manufacturing declines persisted through June and prompted a further downgrade of our GDP view for the last quarter and the year as a whole. We now see a 12.8% year-on-year GDP fall for 2Q, steeper than 8.3% earlier forecast. This would be the steepest GDP fall on record. We have also cut our full-year 2020 growth view to -6.6% from -5.4%, though not as bad as the BoT’s own forecast of -8.1% GDP fall this year though.

And, coming just ahead of the BoT policy decision on Wednesday, consumer price data for July should reinforce the negative inflation streak extended to 3Q. Our forecast is -1.5% YoY, slightly better than -1.6% in June. This is way below the BoT’s 1-3% policy target for CPI inflation.

Hence, the BoT has all the more reasons to ease policy further. 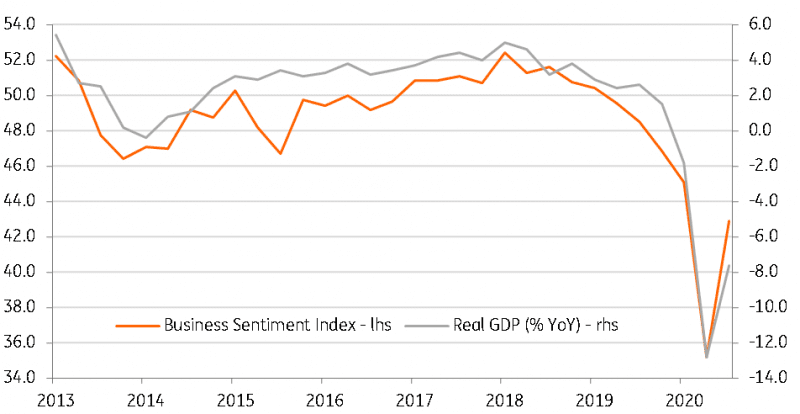 What if there are no more rate cuts?

Just recently Assistant Governor, Titanun Mallikamas, indicated that they were preserving easing space for a worst-case scenario. That said, we consider the BoT’s rate cut cycle has bottomed. An on-hold policy rate at the current level for a foreseeable future remains our baseline through 2021, at the least.

However, the speculation about the quantitative easing (QE) route may gain traction amid a change of leadership at the central bank. Last week, the Cabinet announced the selection of Sethaput Suthiwart-Narueput as the new governor, taking over from Veerathai Santiprabhob whose term ends in September. As an existing BoT-MPC member, an economic adviser to Prime Minister Prayuth Chan-Ocha, and former World Bank economist, the new governor should have a good grip on policymaking.

We think the markets will all the more be anxious to know if he would steer the policy towards quantitative easing. We remain sceptical about QE being on the table just yet, not in the near term.