Upgrade to outperform with an unchanged target price (TP) of RM6.10. CIMB Thai Bank Pcl’s three months of financial year 2019 (3MFY19) earnings exceeded our expectations accounting for 41% of our full-year estimates, attributed to lower-than-expected impairment allowances. Asset quality improved in tandem with the lower impairments. We made no revision to CIMB Group’s earnings pending the release of its results next month as generally CIMB Thai’s contribution is minimal. We upgrade our call for the group as valuations are undemanding. 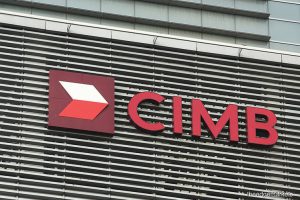 Quarter-on-quarter (q-o-q), CNP of 325 million baht rebounded from negative territory, due to falling impairment allowances (-39%) and gains from NPL sales. Top line fell (-3%) to 3.21 billion baht as both fund-based and fee-based incomes fell 3% and 1%, respectively. The weak fund-based income was dragged by falling NIMs (54bps) to 3.8% with slower loans (+2%), for the third consecutive period despite the accommodative interest rates. Asset quality continued to be stable with GIL stable at 4.3% and credit charge falling 120bps to 1.7%. The higher base of 2.9% before was due to provisioning in preparation of FRS9 in 2020.

Maintain higher credit charge for earnings for financial year 2019 (FY19E). We maintain our view of uptick in credit charge due to the new guidelines from the Bank of Thailand (BOT) (FRS9 provisioning). Double-digit loan growth was a surprise but was due to a lower base as the first quarter (1Q) is generally a weak quarter. Loans will likely moderate (from small and medium enterprises [SMEs] and corporates); but expected to be driven by consumer demand (as interest rates are still accommodative despite the 25bps hike to 1.75% in December 2018). We also expect downside pressure on NIM due to competitive lending ahead. We maintain our view of improved FY19 earnings ahead at 790 million baht based on these assumptions: (i) loan growth of less than (<) 6%, (ii) NIM <4%, (iii) credit costs at 230bps, (iv) CIR at 57%, and (v) tax rate at <22%.

There is no change to our forecasts for the group, as historically CIMB Thai’s contribution to the group is minimal (<7%). FY18 pre-profit contribution was at 6%.The group’s 3MFY19 results are expected at the end of the month, thus FY19E earnings of RM4.7 billion are maintained for now, based on the following assumptions: (i) loan growth of approximately -5.5% (ii) NIM compression at 10bps and (iii) credit charge of 45bps.

Our TP of RM6.10 is based on a target price-to-book value of one time, implying a 0.5 standard deviation level below its five-year mean to reflect the ongoing challenges and volatility ahead. As valuations are undemanding with potential total returns more than 10%, we upgrade the group to “outperform”.