The Bank of Thailand left its benchmark interest rate unchanged for a fourth straight meeting, while at the same time downgrading its economic growth outlook and raising concerns about the strong currency. 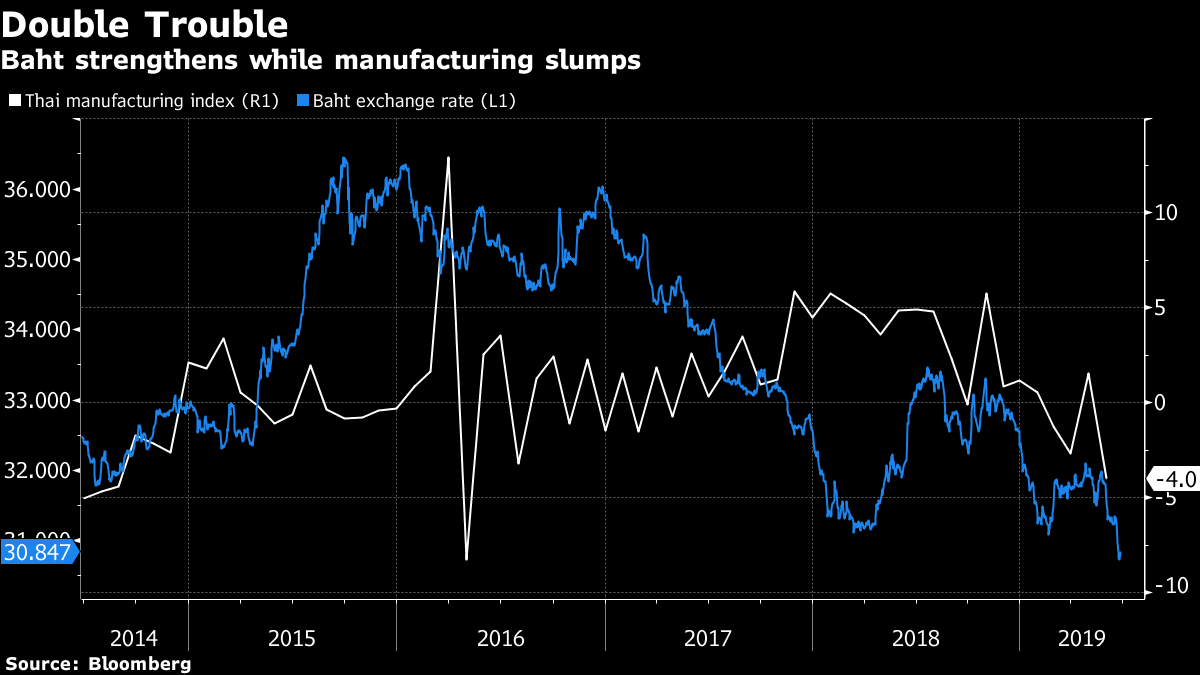 The Monetary Policy Committee voted unanimously to hold its key rate at 1.75%, the central bank said in a statement on Wednesday, in line with almost all of the forecasts in a Bloomberg survey of economists.

— With assistance by Tomoko Sato, and Clarissa Batino