The latest cut brings the Bot’s policy rate to an historical low, which the bank maintained from April 2009 to July 2010 during the subprime global financial crisis. 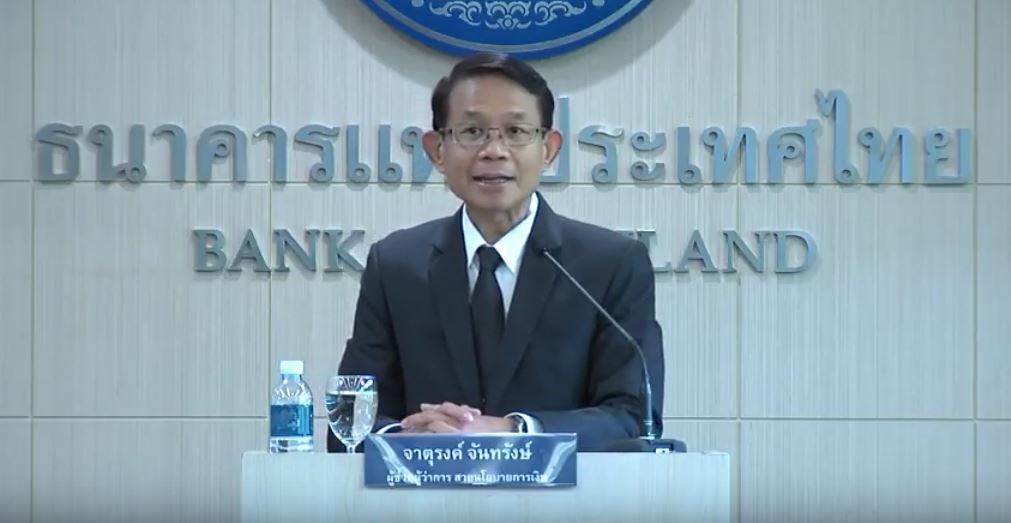 The latest cut brings the Bot’s policy rate to an historical low, which the bank maintained from April 2009 to July 2010 during the subprime global financial crisis.

The rate cut is also seen as a measure to stem the baht’s rise as the Thai currency touched 30.15 against the dollar on Oct. 25, its highest point since May 2013, creating headaches for Southeast Asia’s second-largest economy, which relies heavily on exports and tourism.

Officials told reporters in Bangkok that the central bank is worried about the strength of the baht, which may continue to weigh on the economy. The bank will ease rules on outflows and consider further steps to rein in the currency, they said.

In a press release dating from Oct. 31, the central bank noted that

In September 2019, the Thai economy continued to be on a decelerating trend. The value of merchandise exports continued to contract, consistent with the economic slowdown of trading partners. Manufacturing production and private investment indicators deteriorated. Private consumption indicators expanded at a similar pace compared with the previous month. Nonetheless, public spending rebounded from capital expenditures. The tourism sector also continued to expand mainly thanks to an increase in the number of Chinese and Indian tourists.

After three quarters, the global economic slowdown and the ongoing trade war between China and the United States, are still having an adverse impact on the Thai economy.

Last week the Ministry of Finance cut the country’s economic growth outlook to 2.8%, from the previous 3%.

The revocation of the Generalized System of Preferences (GSP) on Thai products by the United States will affect the export sector, but Thailand still has six months to prepare and negotiate. With support from the government’s fiscal budget of 3.2 trillion baht, the FPO forecasts that the export sector will grow 2.6% next year, with the Thai economy expanding 3.3%.